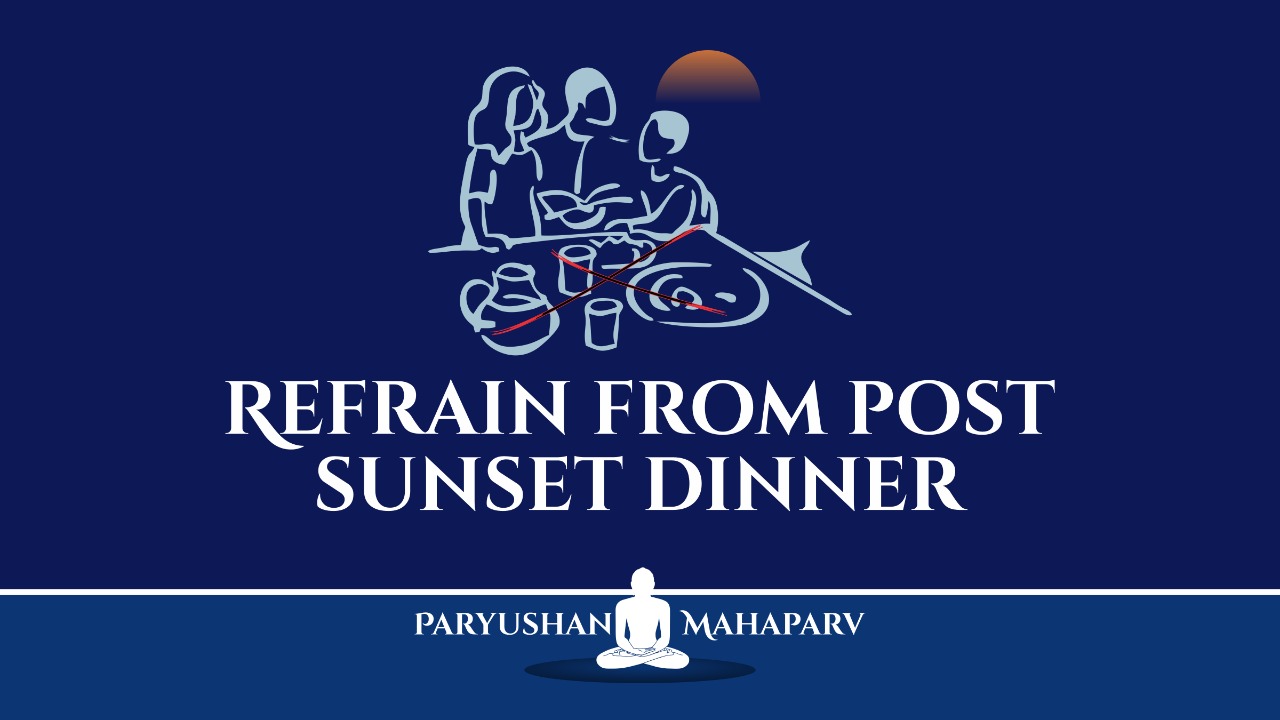 Paryushan is the best period to practice chauvihar, and can be later implemented as a year-round routine and eventually into a habit.

Paryushan Parv – the 8-day Jain Festival of Forgiveness is an occasion to eliminate the impurities that pollute the soul – such as anger, ego, greed, jealousy, deceit, attachment, hatred and much more. It is a period of emotional cleansing and becoming light and relaxed from within.

From a karmic perspective, it is said that during these 8 days, the magnetic frequencies in the entire universe are the highest. As a result, the soul vibrates the most and may even bind the karmas that determine his next birth. And therefore, Jains observe maximum sadhanas, spiritual practices, penance and fasting during these days to make the most of this auspicious period.

Param Gurudev Shree Namramuni Maharaj Saheb profoundly enlists a detailed list of Do’s and Don’ts of what should be done and what we should refrain from doing during these divine days of Paryushan. During these Paryushan days, Jains make an effort to realize, repent and seek forgiveness for mistakes made during the entire year by performing Pratikraman, Alochana fasting, taking small Pachkhan vows, etc. The last day of Paryushan, known as Samvatsari, is the day when everyone performs the annual practice of Samvatsari Pratikraman and says sorry or ‘Michhami Dukadam’ to every living of the universe for having hurt them knowingly or unknowingly through their mind, body and speech.